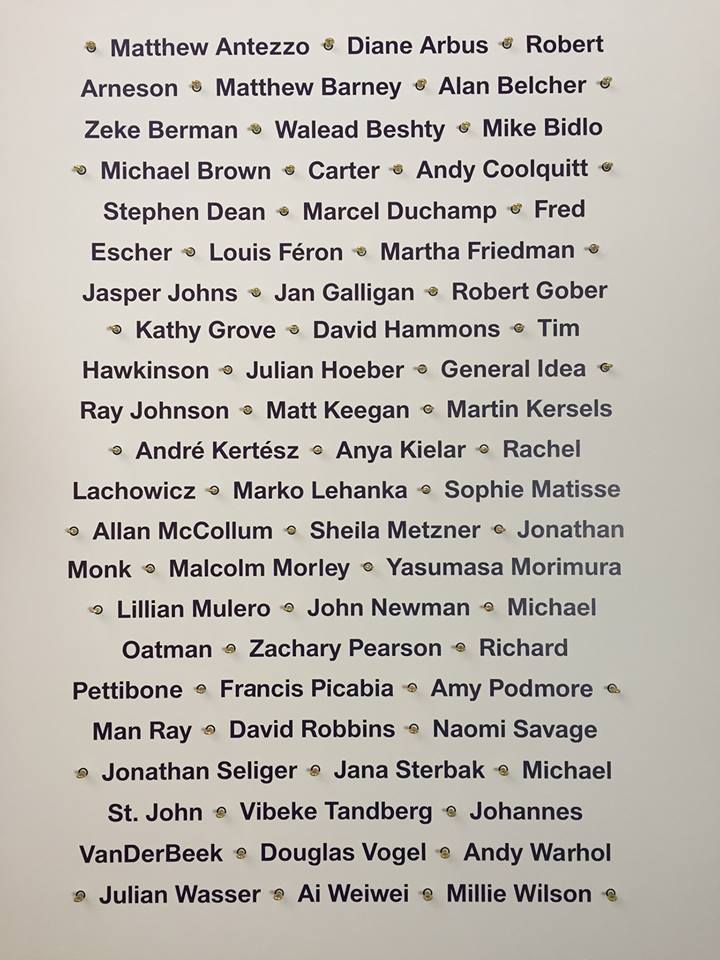 The revised, final list of artists in the exhibition includes works by Lillian Mulero and Fred Escher along with Jan Galligan's collage from 1974 honoring Fat City School of Finds Art founder, Lowell Darling. 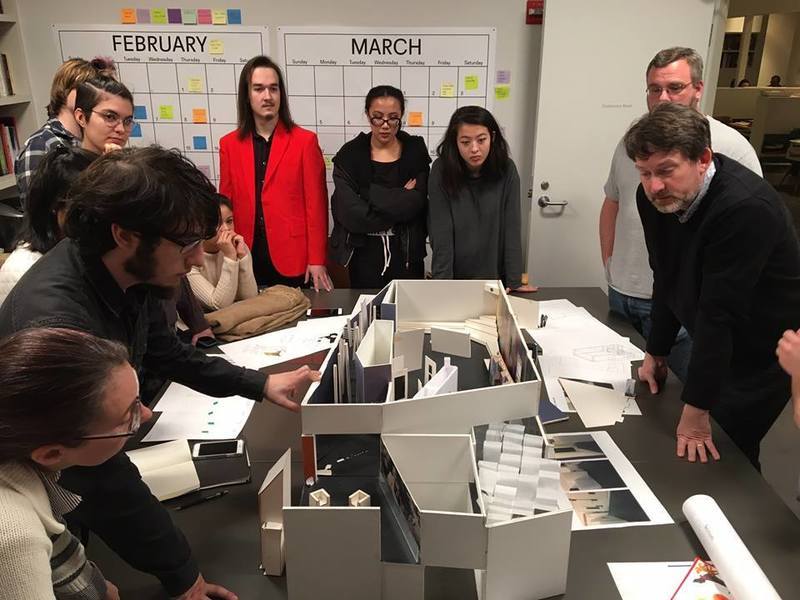 Pictured are Michael Oatman's students with director Ian Berry and exhibition coordinator Torrance Fish reviewing the model for the installation. 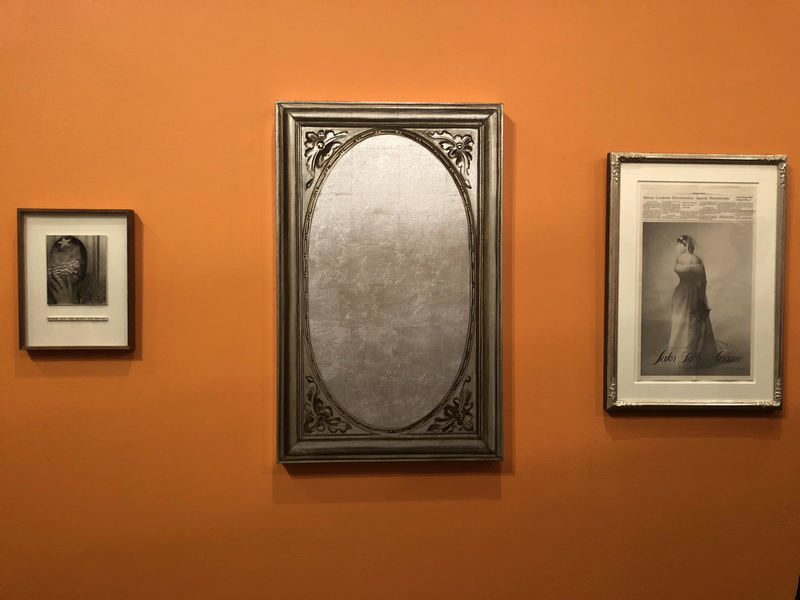 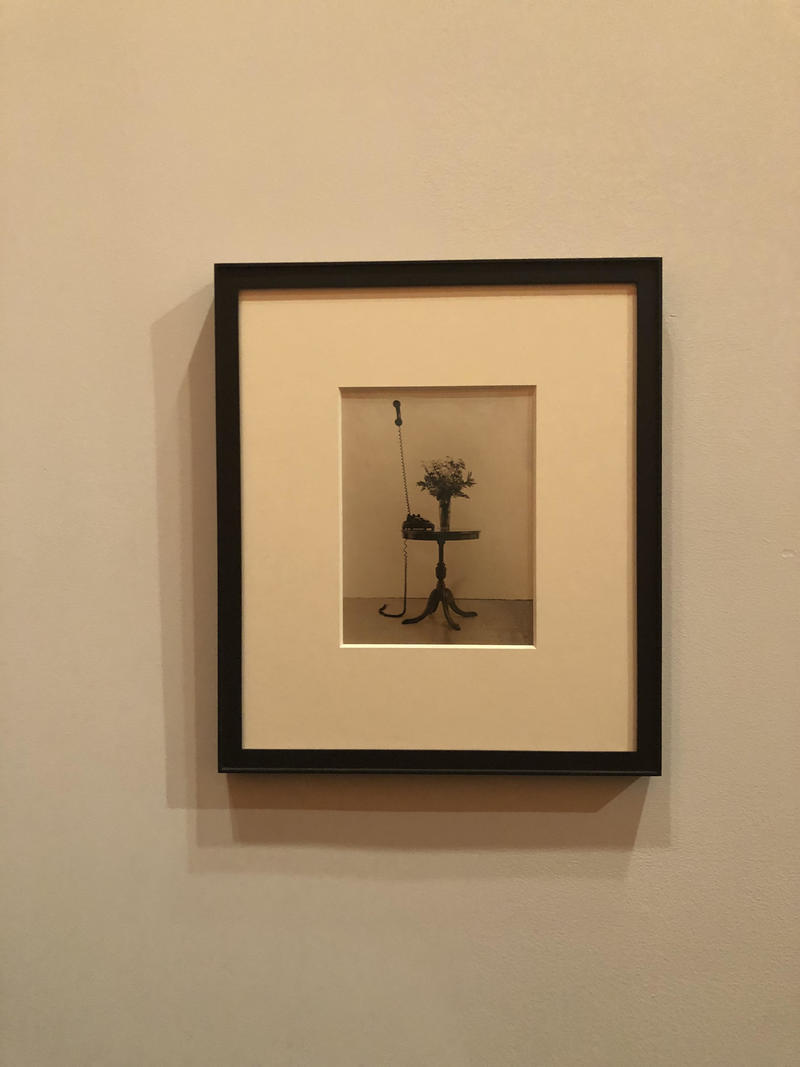 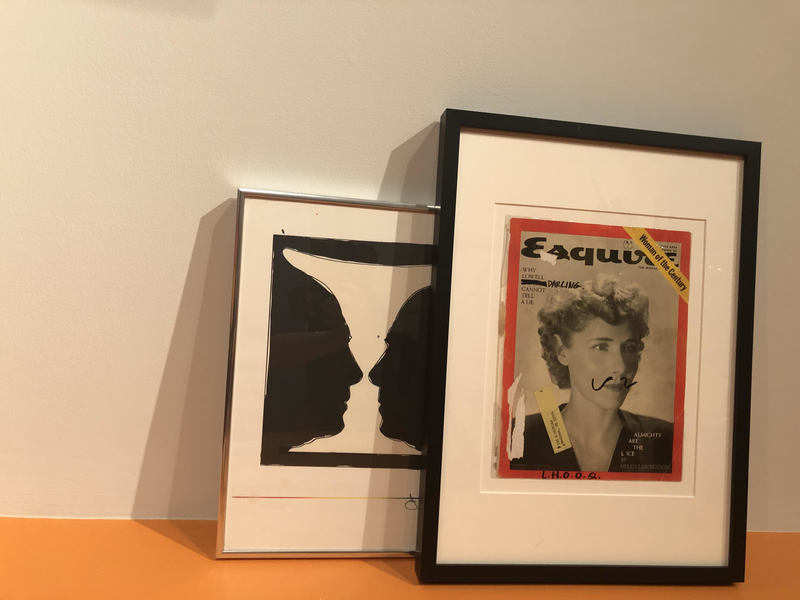 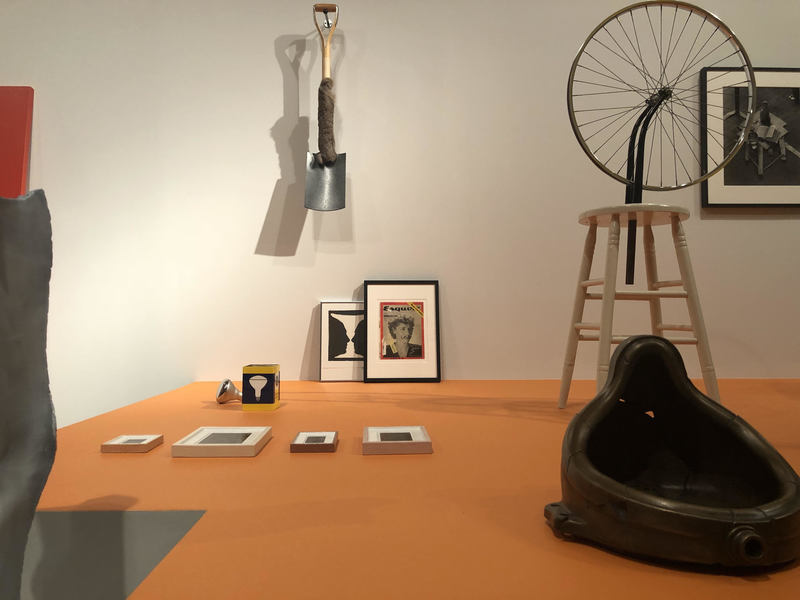 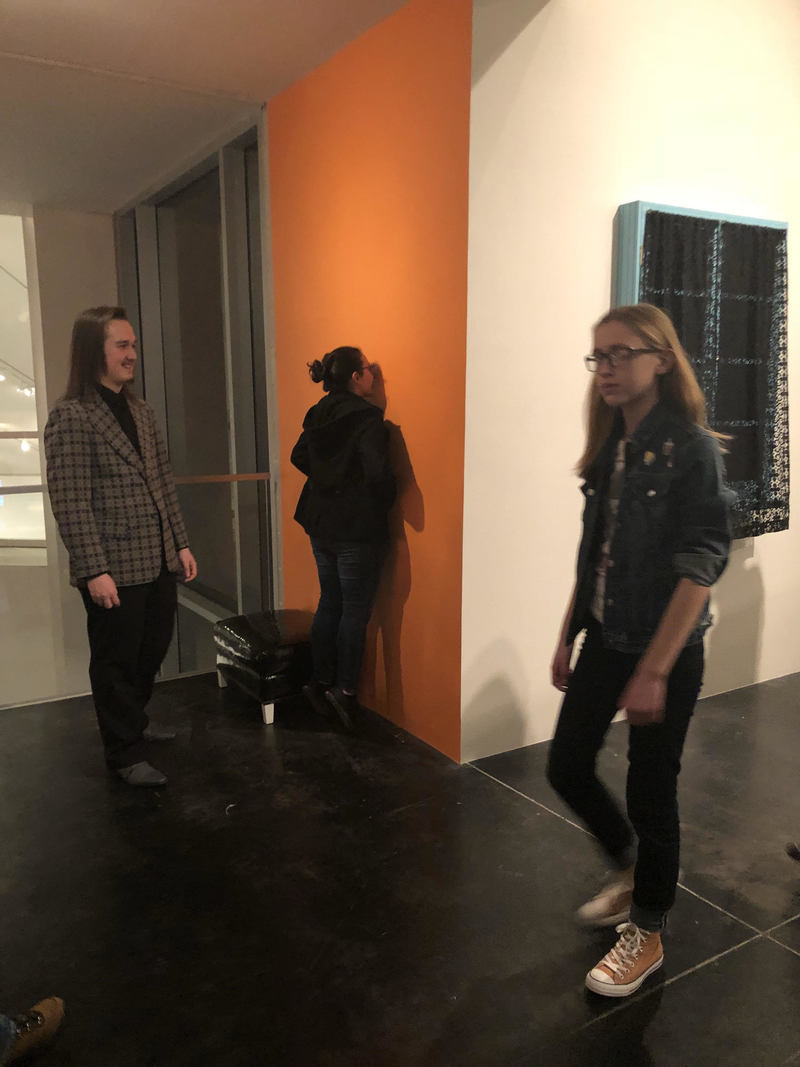 Exhibition detail, showing the PEEPHOLE, described by Lydia as "In the peephole was a film that featured Paul de Jong played over a two way mirror so you could see the people in the gallery walking around behind the film. The people didn’t know you could see them unless they’d already looked in the peephole." 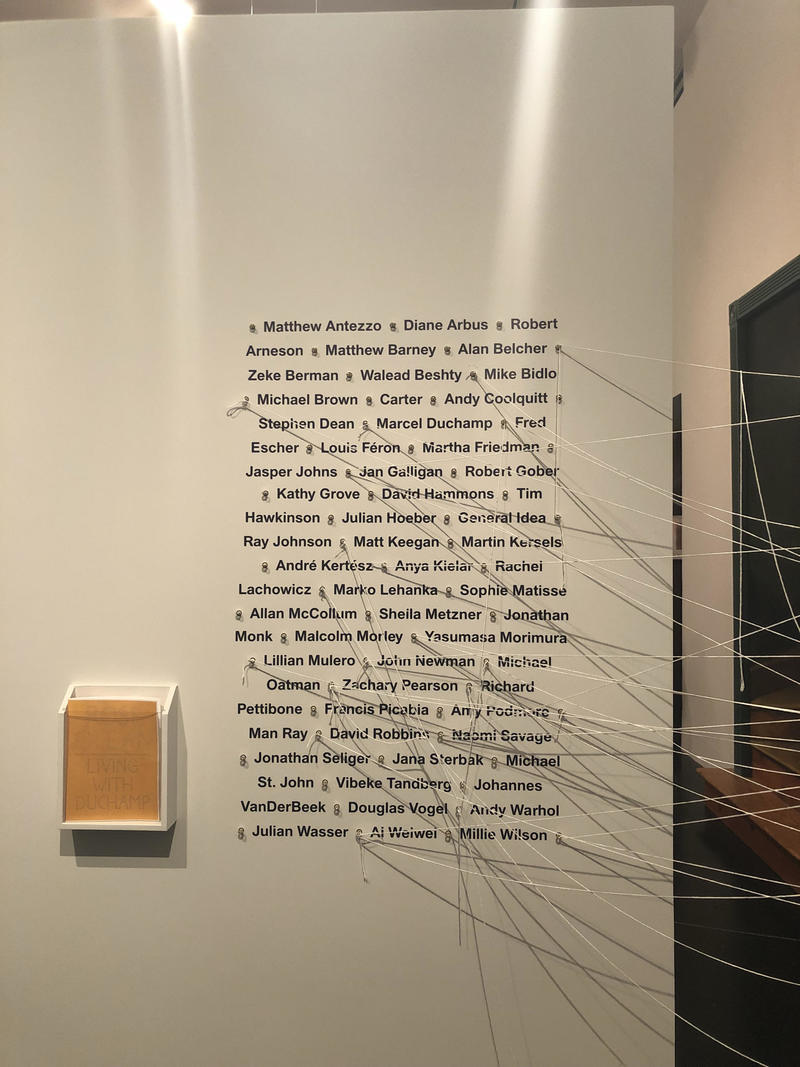 ARTISTS LIST WITH STRINGS, which Lydia said "were an audience participation effort. You could tie one string on the artist wall which lead to the next wall over with the names of the students who put together the show." Doing this would create a maze, which Oatman suggests might eventually make the exhibit nearly impassable.
APPENDIX 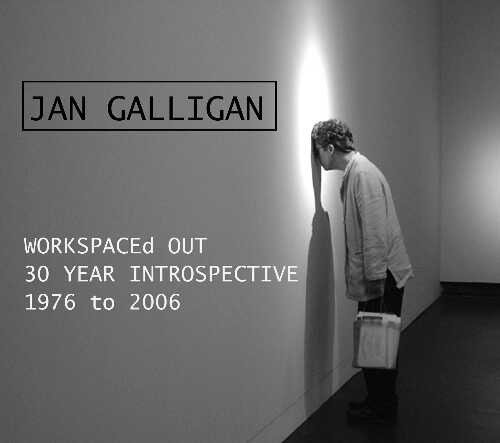 Richard Lovrich's 2003 photograph of Galligan looking into the PEEPHOLE at the first LIVING WITH DUCHAMP EXHIBIT at the Tang. Galligan used this photo for the announcement card for his 2006 exhibition at Albany Center Galleries. 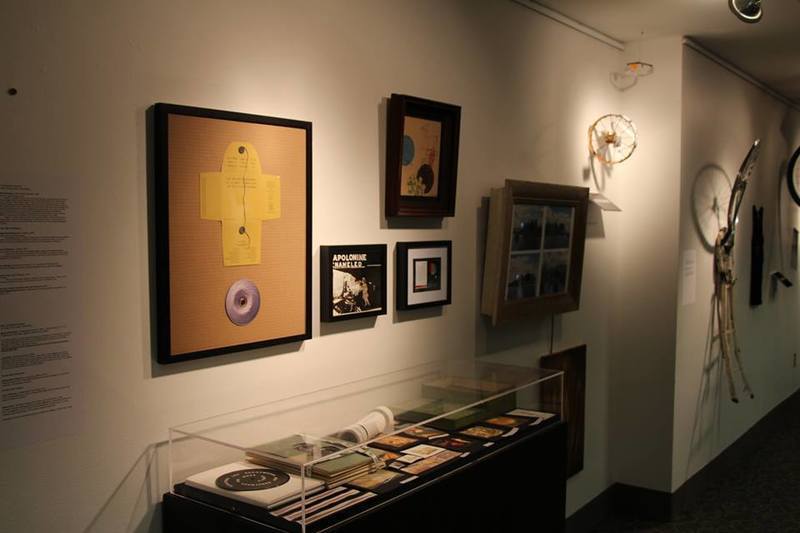