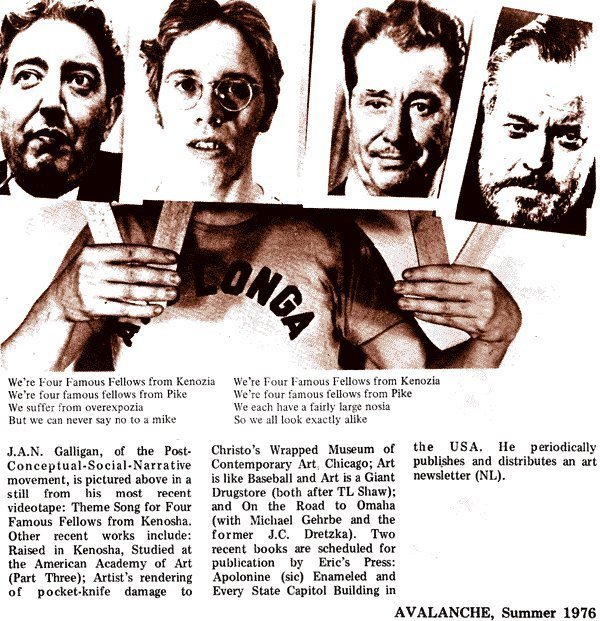 Historical Note (via the Museum of Modern Art, archives)

Avalanche was co-founded by Liza Béar and Willoughby Sharp in New York City in 1968. The impetus for the magazine's creation was to intentionally challenge the more critic-based, formalist-driven, art journals such as Art Forum. The mission of Avalanche was to give artists a voice, a space to discuss their works, their creative processes, and even their political opinions. Béar and Sharp focused their attention on those artists who circulated in avant-garde circles of the 1960s and 1970s, both in New York and internationally. They paid particular attention to those artists who considered themselves practitioners of Conceptual, Post-Minimalist, Earth, performance and video art ...

Each issue included artist interviews, extensive photographic spreads, and textual documents of various artists' works. Additionally, each issue (except for issues no. 6 and no. 9) included a "Rumbles" section, which promoted and described current art world events as well as recent publications and artist messages.

The thirteenth and final issue of Avalanche was published in the summer of 1976. Production ceased largely due to finacial strains. Béar and Sharp were transparent about the magazine's economic troubles by choosing to reproduce a page of their ledger book on its final cover.